Channeling As A Healing Tool and Its Impact On Grief

I have loved Jordan for thirty-four years in this life. But for much of that time he has not been here; I haven’t been able to hold and kiss him. At age twenty-three, on the way home from work, he was accosted by men who probably wanted to steal his bike. They all fought, and as he was breaking away, Jordan was shot in the back.

When my boy died, I had no belief that the dead could talk to us. At best, they seemed gone in another world, separated by loss and the deafening thunder of our grief. Perhaps, even worse, their passing spoke a truth far more dire: that they ceased to exist and that these sweet, ephemeral spirits lived only in memory.

But then Jordan started speaking to me—at first only in dreams— but then through mediums, through a process called induced after-death communication.  And through the gift of channeled writing he told me he was here. He was with me, and he could teach me what he knows about the afterlife.

He has given me something I could never have hoped for: a window into the world of spirit, an invitation to listen at the curtain between worlds, and a clear awareness that death is neither an end nor even a loss. It is merely the time when we finally remember who we are and where our home is... 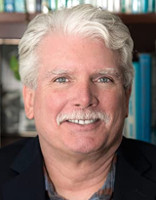 Matthew McKay, Ph.D., is a clinical psychologist, professor of psychology at the Wright Institute, cofounder of Haight Ashbury Psychological Services, founder of the Berkeley CBT Clinic, and cofounder of the Bay Area Trauma Recovery Clinic, which serves low-income clients. He has authored and coauthored more than 40 books, including The Relaxation and Stress Reduction Workbook and Seeking Jordan. Matthew is the publisher of New Harbinger Publications.

We have hopes and dreams, and possibly even grandiose visions for our future. However,…

Whatever our goal, whatever our vision, there is always a next step. And that is…

We all have various wants and needs. And the things you need are not necessarily the same…

Our time seems in short supply, even though we still have the same amount of time we've…

Are we our greatest friend or greatest enemy? We can only answer this question by…

We have to be willing to aim high for what we desire, whether that is in the realm of…

Many of us on the "spiritual path" are quite willing to give of ourselves, but have a…

We are constantly being bombarded by other people's thoughts, desires, and projections.…

The US Declaration of Independence says we have the right to pursue happiness. However, I…

Our approach to life is based on our attitude about the past, present and future. Stress…

ometimes the hardest thing for us to do is to be open to the flow of life. That's rather…