Beginning in the late 1950s, five hospitals (in the province of Saskatchewan in Canada) offered a new kind of psychedelic therapy: treating alcoholism with LSD. Psychologist Duncan Blewett went on to play “an active role” as an LSD facilitator at Weyburn Mental Hospital, in Weyburn, Saskatchewan, administering LSD to countless alcoholics who couldn’t tread the twelve steps. While there, in 1959 he wrote (perhaps) the world’s first medical manual for using LSD to treat alcoholism, The Handbook for the Therapeutic Use of Lysergic Acid Diethylamide-25: Individual and Group Procedures.

Several passages in The Handbook even show direct influence of Huxley’s psychedelic philosophies. Some of the Saskatchewan brass had hypothesized that LSD might be as addicting as the Buffalo Bourbon they tried to corral. To test that possibility, Blewett (and his supervising psychiatrist) took LSD for thirty days straight. They reported no difference in their “ordinary functioning.”

The use of a psychedelic to treat alcoholism had its origins in the early 1900s. In the decades leading up to the synthesis of Albert  Hoffman's wonder child, anthropologists working in 1907 reported on alcoholics in the Winnebago community who had successfully given up the bottle in favor of peyote. Those who had made the transition from whiskey to dry whiskey became “successful, healthy and outstanding members” of their society.

Consider the following testimonial: “Jilt [peyote] cures us of our temporal ills as well as those of a spiritual nature. It takes away the desire for strong drink[.] I myself have been cured of a loathsome disease too horrible to mention. So have hundreds of others.” ... 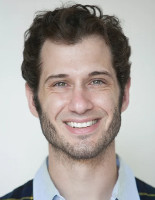 Thomas Hatsis is a historian of psychedelia, witchcraft, magic, pagan religions, alternative Christianities, and the cultural intersection of those areas, who holds a master’s degree in history from Queens College. The author of The Witches’ Ointment and Psychedelic Mystery Traditions, he runs PsychedelicHistorian.com, a site dedicated to promoting the latest and best information pertaining to the Psychedelic Renaissance.

More books by this Author.