Transforming the Given: Dancing through the Crack

Uri Geller, for those readers who did not follow this minor-major comedy, was an Israeli entertainer who could apparently bend metal without touching it, make broken or stopped watches run for short periods, and occasionally make an object disappear, and who displayed undeniable extrasensory perception.

Interested researchers tested Geller’s abilities at the Stanford Research Institute in California. The tests were conducted by only one of the dozens of nearly autonomous departments making up this complex (3,000 employees), but those connected with the investigation, which went on for months, were convinced that the Geller effect was genuine.

Papers stating this opinion were published, and a storm of protest broke out, for academic dogma and was brought into question. . . . So Geller’s discrediting was undertaken. Soon we Americans found out—to the disappointment of some and to the relief of others—that Geller was a fraud, a charlatan, a cheat.

Then a funny thing happened. Geller went to England in late 1973 to perform his fork-bending stunts on television for the British Broadcasting Company. Geller had observed that people in his audiences occasionally had keys bend in their pockets, rings twist and break on their fingers, and so on while he was doing similar things on the stage. The notion grew that perhaps Geller could operate through people and maybe even at long distance. Or perhaps other people might possess the same odd ability he did.

On the English television show, Geller invited all those people out there in television land to join him, to participate in his metal bending by holding forks or spoons themselves to see if the phenomenon might be repeated. Some 1,500 reports flooded the BBC, claiming that forks, spoons, anything handy had indeed bent, broken, moved about—there, in the homes of Britain... 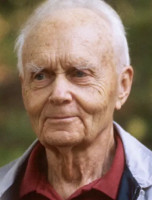 Joseph Chilton Pearce (1926-2016) is the author of The Death of Religion and the Rebirth of the Spirit, The Biology of Transcendence, The Crack in the Cosmic Egg, Magical Child, and Evolution’s End. For more than 35 years, he lectured and led workshops teaching about the changing needs of children and the development of human society. He lived in the Blue Ridge Mountains of Virginia. 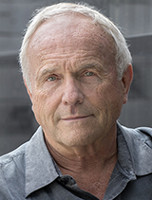 About the book's editor

Michael Mendizza is an entrepreneur, author, educator, documentary filmmaker, and founder of Touch the Future, a non-profit learning center focused on optimizing human potential beginning with the parent-child relationship. He had a deep friendship with Joseph Chilton Pearce spanning nearly 30 years and together they coauthored Magical Parent Magical Child.

Beginning in the late 1950s, five hospitals (in the province of Saskatchewan in Canada)…