The ideology of industrial capitalism is dominated by the values of Achievement Consciousness, left-brain thinking, and the Solar channel of the third chakra. Aspiration and achievement, power and success, and fame and fortune are presented as highly esteemed goals in our education systems, our workplaces, the media, and the social fabric of modern societies. The unique individual is emphasized over the family or tribe.

An economic theory that contributed to modern society’s espousal of the values of Achievement Consciousness was Herbert Spencer’s theory of “survival of the fittest.” This was Spencer’s interpretation of Charles Darwin’s theory of natural selection, which Darwin accepted. Darwin, however, also emphasized the importance of cooperation as a survival strategy in the natural world.

Under capitalism, in principle although less often in practice, anyone with initiative, competitive spirit, and determination could become successful. The individual achiever was glorified. The negative aspect of this ideology was that people who were less successful, especially the poor, were blamed for their poverty and seen as deserving of it, even when that poverty was largely the result of problems in the larger public arena, such as lack of work or inadequate pay. 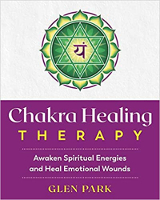 In this in-depth guide to working with the chakras, author Glen Park draws on her decades of experience as a Chakra Therapist to explain how the chakras can be understood as an embodied map of the psyche, with each chakra representing a different stage of development from infancy and childhood through adulthood, with the Heart Chakra playing a central role in awakening the spiritual potential of the upper chakras.

The author examines each chakra individually on the physical, psychological, psychic, and spiritual level, as well as through the lens of the solar (masculine) and lunar (feminine) channels. She shows how the connections between the chakras and developmental stages are paralleled in the findings of Western psychology and neuroscience and how our collective expressions of the chakras influence cultural trends in society.

For more info and/or to order this book, click here. 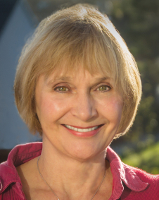 More books by this Author.

We've been told to "be in the present" and to "live in the now". But actually, we are…

Eastern wisdom traditions teach that because our thoughts, feelings, and desires are…

Sometimes it just takes a change of attitude to make your current job more fulfilling.…

Once you learn to use money rightly, you will find gains on many levels. Your abundance,…

Occasional temporary feelings of sadness are a natural part of life. However if you…

Shakespeare declared, "Self-loving is not so vile a sin, as self-neglecting."

We must reprogram ourselves with deservability: "I am worthy!" "I deserve the best." "I…

If you've ever daydreamed or "spaced out" in line at the grocery store checkout counter,…

As we learn to accept ourselves with our mistakes, we relax. Relaxing is important on the…