If Love Is The Answer, What Was The Question?

Written by Will Wilkinson and narrated by Marie T. Russell.

Since humans began thinking we’ve asked, “Who am I, why am I here?” Philosophers have debated, spiritual seekers have meditated, hedonists have partied, super achievers have produced, scientists have invented, technology has created marvels, and almost everyone has missed the obvious: human beings are designed to function as the connecting link between the invisible world of “spirit” and the everyday material world.

Imagine if we’d been educated into that fundamental understanding of life. What would we have made of this world, if that had been our guiding principle? How would each new generation contribute? Would we be floundering in global chaos, community conflict, and personal confusion as we are today? Not likely.

Who Controls the World?

I once read a brash statement from a billionaire industrialist: “The world should be controlled by those who own it.” This man spoke what many believe, that humans – some humans – are supposed to be running the planet, independent of any influence other than their own determinations. His vote went to himself and his cohorts, the rich and powerful. 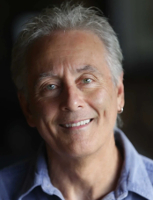 Will Wilkinson co-founded the Thriving Leadership Academy in Ashland, Oregon. He has authored, co-authored, ghost-written, and contributed to over 30 books, designed and delivered personal improvement programs in seven countries, hosted a variety of inspirational television series, and is now developing a new spiritual practice for advanced students of life.

He founded The Noon Club, a free member alliance that focuses intentional prayer every day at noon to uplift human consciousness.

We have hopes and dreams, and possibly even grandiose visions for our future. However,…

Whatever our goal, whatever our vision, there is always a next step. And that is…

We all have various wants and needs. And the things you need are not necessarily the same…

Our time seems in short supply, even though we still have the same amount of time we've…

Are we our greatest friend or greatest enemy? We can only answer this question by…

We have to be willing to aim high for what we desire, whether that is in the realm of…

Many of us on the "spiritual path" are quite willing to give of ourselves, but have a…

We are constantly being bombarded by other people's thoughts, desires, and projections.…

The US Declaration of Independence says we have the right to pursue happiness. However, I…

Our approach to life is based on our attitude about the past, present and future. Stress…

ometimes the hardest thing for us to do is to be open to the flow of life. That's rather…